On Monday local time, Xiaolang Zhang, a former Apple employee accused of stealing trade secrets from Apple’s automotive division before switching to Xpeng Motors, pleaded guilty to federal court in San Jose. Court documents show that Zhang Xiaolang’s plea agreement with the U.S. government was kept secret. He faces up to 10 years in prison and a $250,000 fine after pleading guilty to felony theft of trade secrets. Sentencing in the case is scheduled for November. 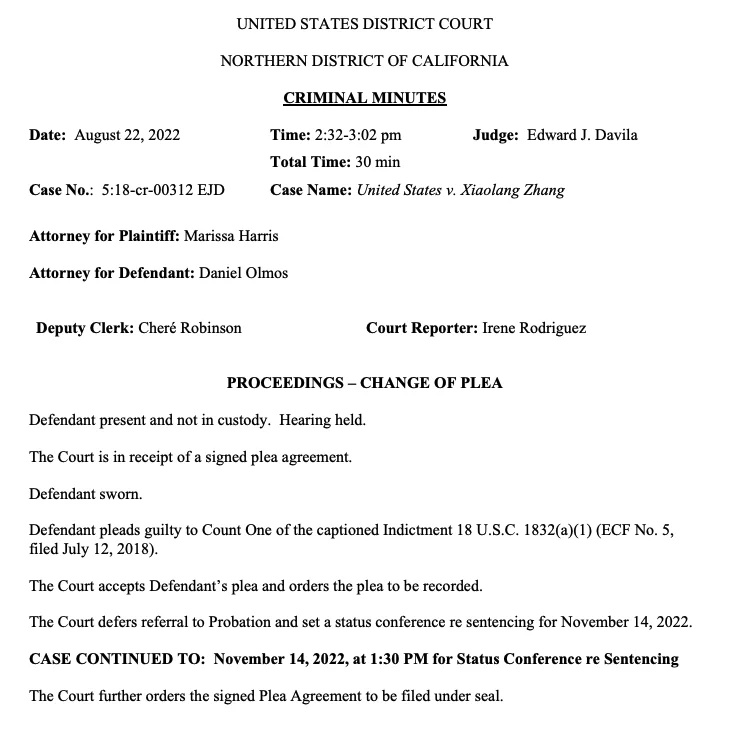 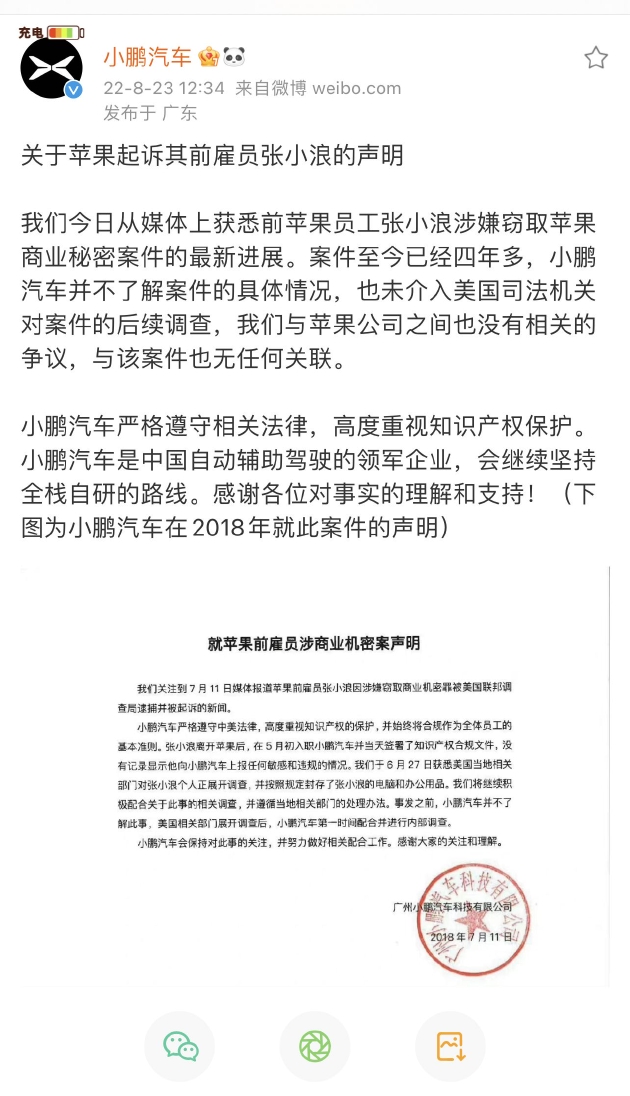 He has been with Apple since 2015 and later worked primarily as a hardware engineer on the automotive team, according to FBI and prosecutors’ office filings. 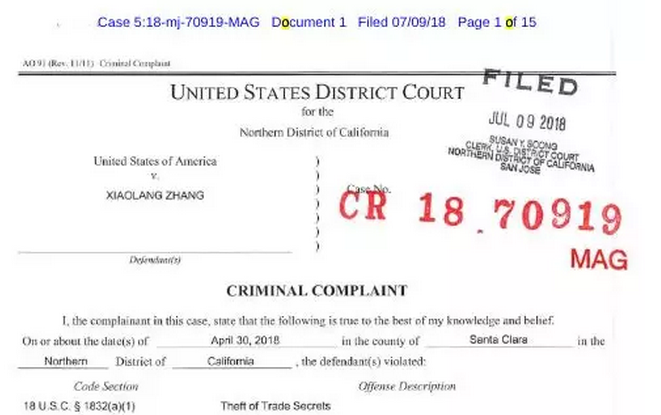 In the 2018 charging document, an FBI agent said Apple had about 5,000 “disclosed” employees who knew about the project, and 2,700 “core employees” who had access to project materials and databases. 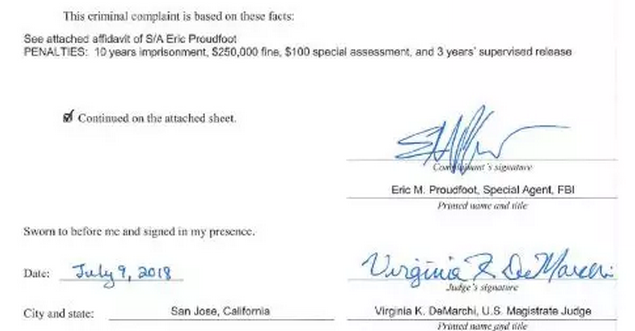 The indictment shows that Apple used internal software to track which items were “disclosed” by employees and would require them to attend confidential training. Zhang Xiaolang works on the computing team for Apple’s self-driving car project, designing and testing circuit boards for sensors.

Circuit design schematics are considered the most valuable trade secrets in the electronics industry.

The 2018 indictment shows that after Zhang Xiaolang took paternity leave and traveled to China, Apple began to suspect him of stealing trade secrets. He submitted a letter of resignation after returning to the company at that time, expressing his desire to return to China to take care of his mother.

Zhang Xiaolang told Apple that he planned to move to Xpeng Motors and that his access to Apple’s intranet had been revoked.

Apple’s investigation found that Zhang Xiaolang downloaded documents and information from the company’s database, according to the indictment. Apple’s surveillance cameras even captured Zhang Xiaolang entering the lab to remove hardware. It was later discovered that the hardware he removed was some circuit boards and a Linux server.

A lawyer for Zhang Xiaolang was not available for comment. An Apple spokesman also did not respond. 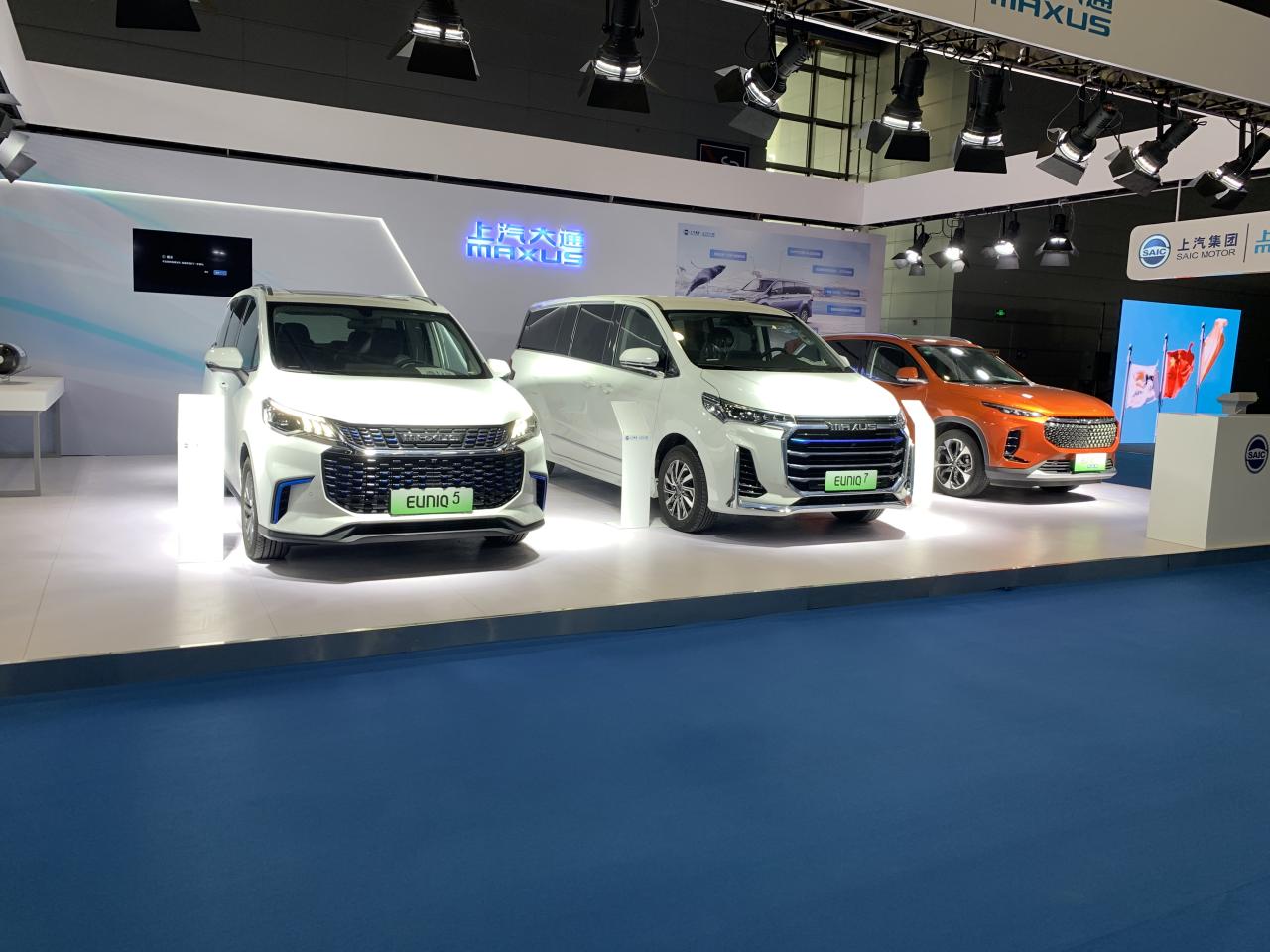 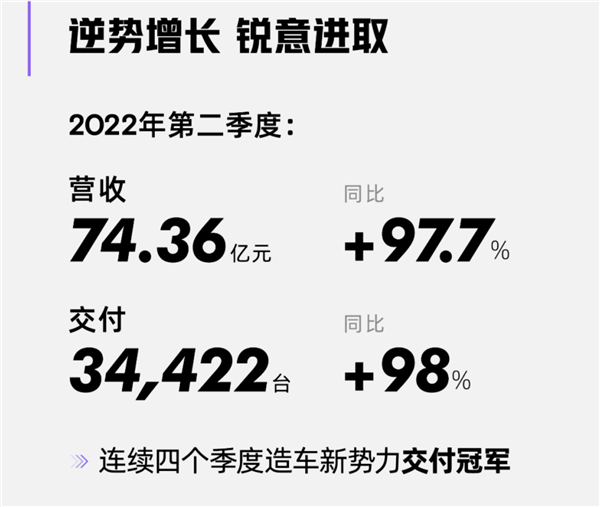