In the era of “Lithium is King”, in order to lock in the scarce high-quality lithium resources upstream, leading battery companies began to choose “joint forces”.

On June 13, Chuanneng Power issued an announcement that the company decided to form a joint venture with Yiwei Lithium Energy and Honeycomb Energy, Sichuan Energy Investment De’A Lithium Industry Co., Ltd., and planned to invest in the construction of a 30,000-ton/year lithium salt project. According to Battery China, the registered capital of the newly established joint venture company is 750 million yuan, of which Chuanneng Power contributed 383 million yuan, with a shareholding ratio of 51%, which is the controlling shareholder of the joint venture company; Yiwei Lithium Energy and Honeycomb Energy each contributed 184 million yuan , respectively holding 24.5% of the shares. 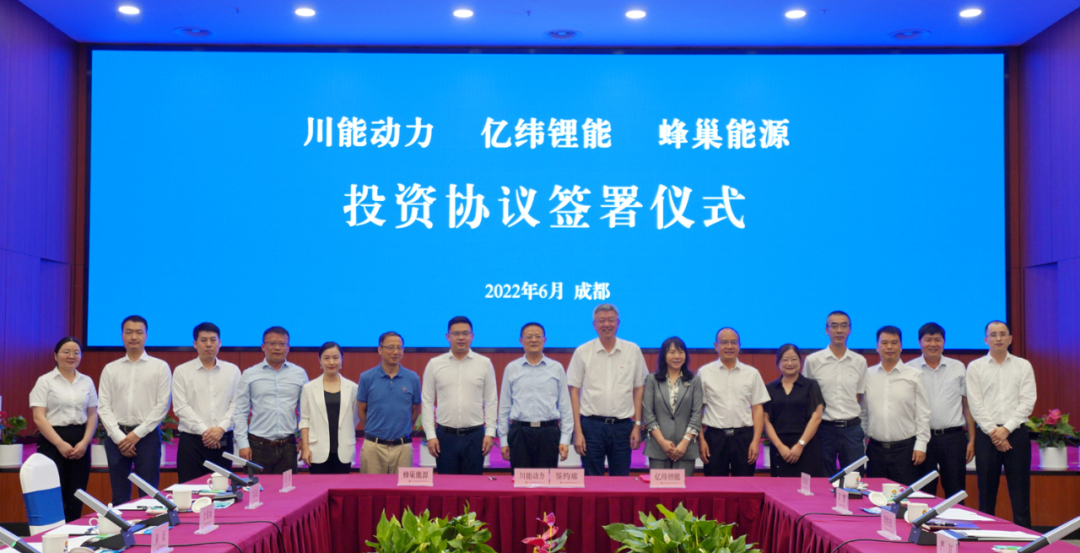 It is worth noting that the two power battery giants, Honeycomb Energy and Yiwei Lithium Energy, have joined hands with Chuanneng Power to deploy upstream lithium resources, which is a relatively rare situation in the industry. This is also enough to show that downstream battery companies are fiercely competing for lithium resources.

According to people familiar with the matter, this tripartite cooperation plans to build a 30,000-ton lithium salt project. According to the shareholding ratio, Yiwei Lithium Energy and Honeycomb Energy will have the priority to purchase, and the purchase price will not be higher than the joint venture company’s external sales to any other company during the same period. third-party prices.

This means that in addition to further ensuring the security of their own supply chains, this move by Yiwei Lithium Energy and Honeycomb Energy will also be able to stabilize cost fluctuations and enhance the cost competitiveness of enterprises in the form of investment income.

Chuanneng Power, which has joined hands with Yiwei Lithium Energy and Honeycomb Energy, has rich mining rights of lithium ore resources in China. It is reported that in January 2021, Chuaneng Power completed the acquisition of 62.75% equity of Nengtou Lithium. According to the data, Energy Investment Lithium has the mining rights of the largest single spodumene mine in Asia, Lijiagou Lithium Mine in Sichuan, China. According to the survey, the Lijiagou spodumene mine has ore reserves of 3881.2×104 tons and Li2O reserves of 502,200 tons.

In addition, after Chuanneng Power successfully acquired 46.5% of Dingsheng Lithium and 43.74% of Sichuan Guoli Lithium Materials Co., Ltd., the Lijiagou Spodumene Mine, which is superimposed and controlled, is expected to complete construction and operation by the end of 2022. The company will form Lithium resource industry chain integrating upstream and downstream.

The price of lithium carbonate has been rising all the way, which is supported by the strong growth in demand for new energy vehicles and power batteries. Data show that from January to May this year, the production and sales of new energy vehicles in my country were 2.071 million and 2.003 million respectively, a year-on-year increase of more than 1.1 times. In terms of power batteries, the output from January to May this year was 165.1GWh, a year-on-year increase of 177.5%.

As the epidemic is effectively controlled and the consumption of new energy vehicles in the countryside is promoted, the industry generally warms up that the new energy vehicles, power batteries and energy storage markets will maintain a high growth trend in the second half of the year, and the demand for lithium salts will remain high.

Huaxi Securities believes that due to the limited increase in global lithium resources, it is difficult to support the growth of downstream demand, and more than 60% of China’s lithium salt production comes from lithium concentrate imported from Australia, which is vulnerable to the stagnation of logistics and transportation caused by geopolitics and the epidemic. With great certainty, it is expected that the price of lithium salt in the market outlook may show a steady upward trend.

On the one hand, the demand for power and energy storage batteries will be strong in the future. Honeycomb Energy plans to deploy a 600GWh battery capacity by 2025, and Yiwei Lithium Energy has planned a production capacity far exceeding 200GWh so far. In the future, the two battery giants will continue to demand lithium resources. growth; on the other hand is the rising price of lithium salts and their scarcity.

In the cost composition of batteries, raw materials account for about 80%, and the industry chain is long. The upstream involves lithium, nickel, aluminum, copper and other bulk products, and there are many subdivided materials in the midstream. In addition, the expansion cycle of raw materials is long, and there is a mismatch with the expansion of battery production. The impact of raw material price fluctuations on battery costs is more obvious. Therefore, deploying the middle and upper reaches and doing a good job in supply chain management are not only the key to controlling costs, but also ensuring planned production capacity. The key to effective release.

In order to ensure the security of the supply chain and improve cost competitiveness, the two companies have extended upstream at the same time. Only in terms of lithium resources, the following actions have been taken:

In terms of Lithium Energy, in July 2021, it announced the acquisition of a 28.125% stake in Jinkunlun Lithium, and at the same time established a joint venture with Jinkunlun Lithium. Lithium hydroxide project.

In January 2022, Yiwei Lithium Energy acquired a 49% stake in Xinghua Lithium Salt, another subsidiary of Dahua Chemical, for 200 million yuan.

Also in January, Yiwei Lithium Energy and Lanxiao Technology signed a “Strategic Cooperation Agreement” to actively participate in the development and utilization of lithium resources in the Jizechaka Salt Lake in Tibet.

In terms of Honeycomb Energy, in 2017, it invested in Pilbara, an Australian lithium mining company, through an affiliated company, and directly invested in Guangxi Tianyuan and Yongshan Lithium in China. At the same time, Honeycomb Energy has also invested in Kuntian New Energy and Jiangxi Copper Yates, which has improved the important layout of the company’s lithium battery copper foil and anode materials in the upstream links of the battery industry chain. 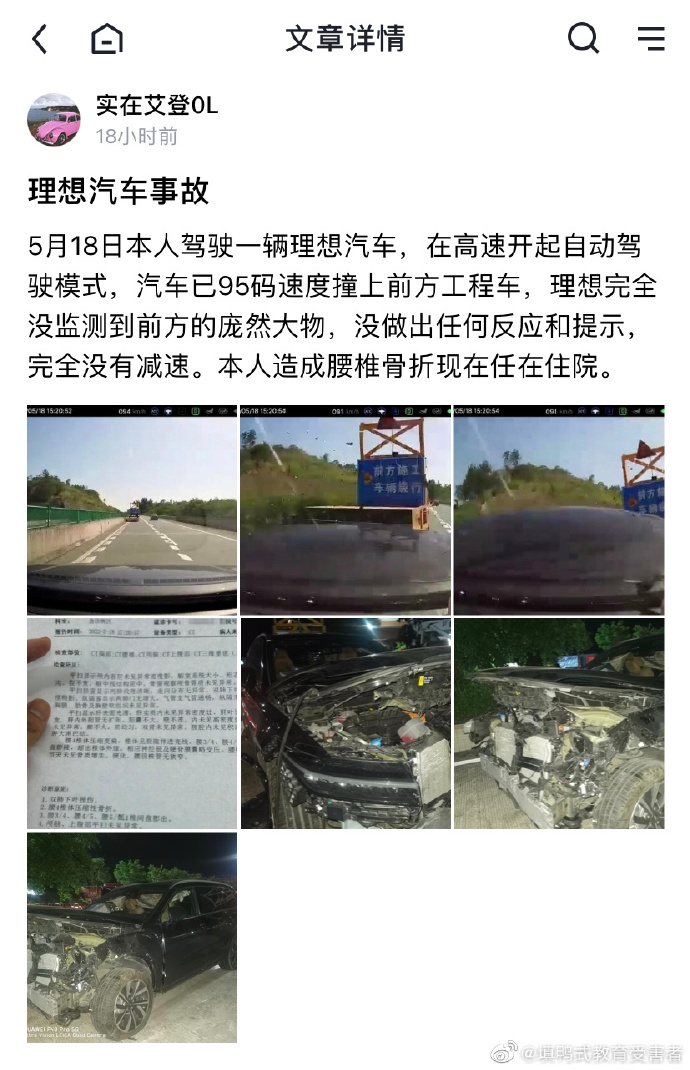 An ideal ONE owner's high-speed horror scene: too much belief in assisted driving in exchange for lumbar fractures 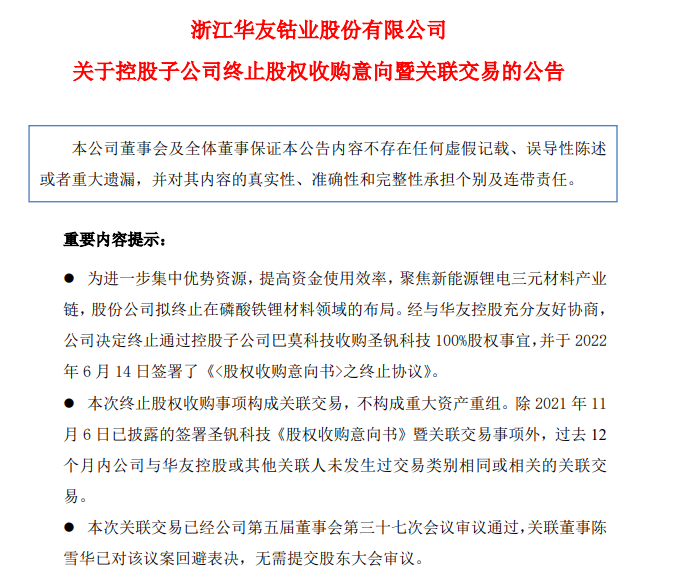