In the past September, the sales volume of the domestic narrow passenger car market reached 1.922 million units, a year-on-year increase of 21.5% and a month-on-month increase of 2.8% from the 1.871 million units in August. The automobile market continued to recover rapidly, and the sales volume of the new energy array also hit a record high. , September sales of 708,000 units, a year-on-year increase of 93.9%.

Subdivided into the pure electric vehicle market, in terms of price, among the models above 400,000 yuan, the top three were covered by the NIO family. NIO’s first sedan, the ET7, was a big hit, with 2,928 units sold in September, far surpassing Mercedes-Benz. EQE, Hongqi E-HS9 and other models. 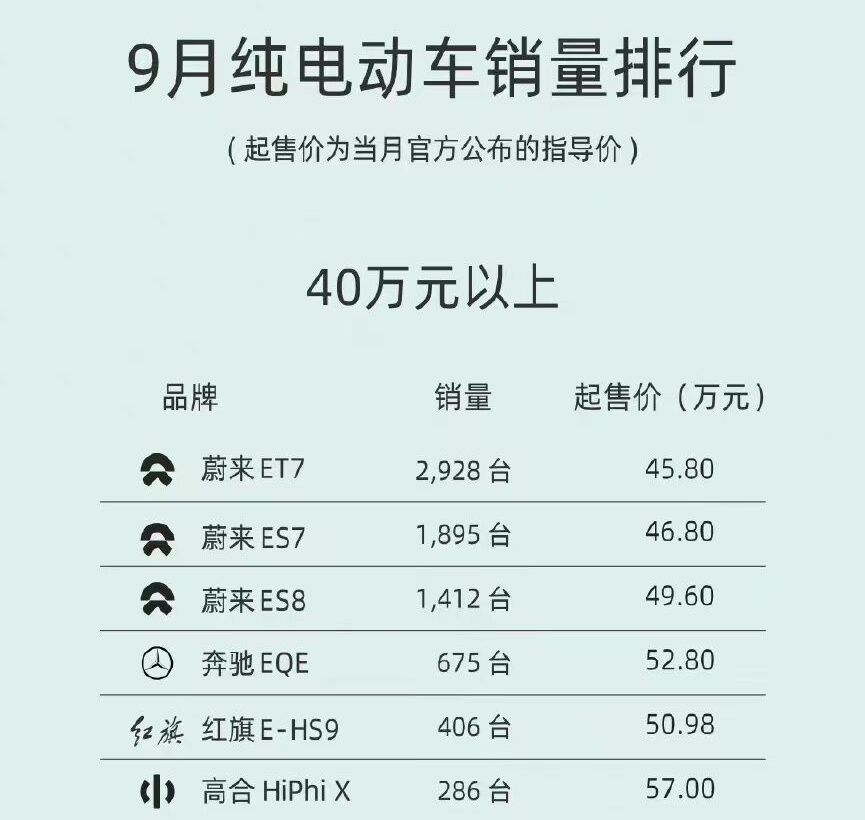 In the high-end pure electric market, among the prices above 300,000 yuan, Tesla Model Y has undisputedly won the “top sales”, selling 46,694 units in September, which is invincible in comparison with the same price, Weilai ES6, BMW iX3 And other models, even Model Y sales can not reach a fraction.

As for the mainstream price of 200,000 yuan for electric vehicles, Tesla Model 3 still won the gold medal, with 30,919 units sold in September, more than double that of the second-placed Han EV.

It can be said that the two “big kings” of Tesla Model 3 and Y dominate the domestic electric vehicle market, and their dominance is evident.

However, as the domestic new energy sales leader, BYD’s performance is also remarkable. Han EV sold 13,269 units in September, second only to Model 3, and also set a sales record for China’s own brand of pure electric medium and large sedans.

In the market of less than 100,000 yuan, Wuling Hongguang MINI EV exists as if it were “opened”. In September, 37,416 units were sold, and it once dominated the global electric vehicle sales list for many months.

The federation said that although the state has introduced an incentive policy to halve the purchase tax of fuel vehicles, the marketization of new energy vehicles has grown due to the high international oil prices, the steady improvement of domestic new energy demand, and the strong increase of new energy leading car companies. Powerful. 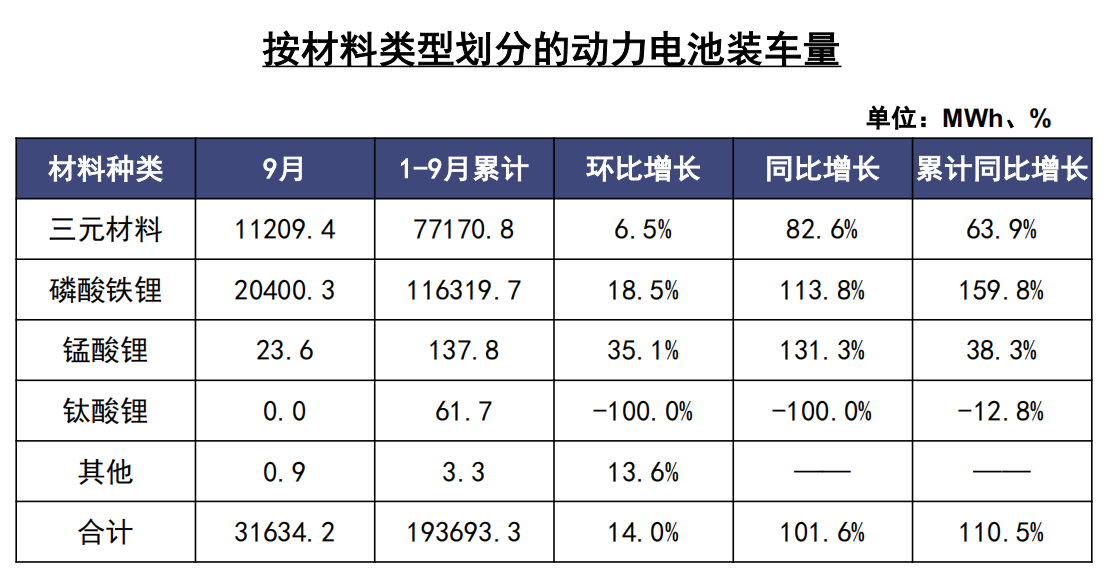 In September, the installed capacity of power batteries doubled year-on-year, and the industry concentration was further improved

Passenger Federation: It is estimated that the retail sales of new energy vehicles in October will be around 550,000, a year-on-year increase of 73.5%