According to CAMCE, on the evening of September 7, an announcement from Longpan Technology attracted widespread market attention. Longpan Technology, Tangshan Xinfeng Lithium Industry, Yichun Times and Yifeng Times signed the “Equity Transfer Agreement on Yifeng Times New Energy Materials Co., Ltd.” in Ningde, Fujian. The three parties will cooperate on a lithium carbonate project with an annual output of 30,000 tons. This cooperation is also the second capital-level cooperation between the two companies after CATL took a stake in Changzhou Liyuan, a subsidiary of Longpan Technology last year. 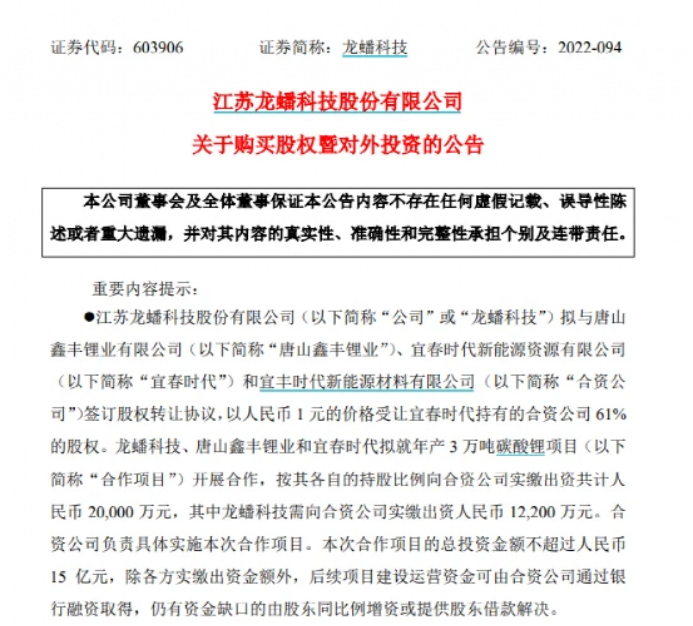 In this regard, Longpan Technology said that this cooperation is conducive to making full use of their respective advantages and resources, improving the stability of the company’s supply chain, and reducing the adverse impact of raw material price fluctuations on the company.

And just two days ago, “Ning Wang” was just broken up. On the evening of September 5, Yongxing Materials issued an announcement saying that the company held a board of directors on the same day to pass a resolution and decided to sign the “Termination Agreement of the Joint Venture Agreement” with Ningde Times, mainly due to the new situation that actually occurred and faced in the process of project preparation. The two parties will seek other ways of cooperation according to the actual situation.

Regarding the cancellation of the production cooperation with Yongxing Lithium Carbonate, Ningde Times responded on the interactive Q&A platform: “The matter will not affect the development progress of the company’s lithium mine. Due to the actual situation and the situation in the process of project preparation, the company negotiated amicably with the other party. Terminate the agreement to ensure the progress of the company’s Jiangxi lithium carbonate smelting capacity construction.” 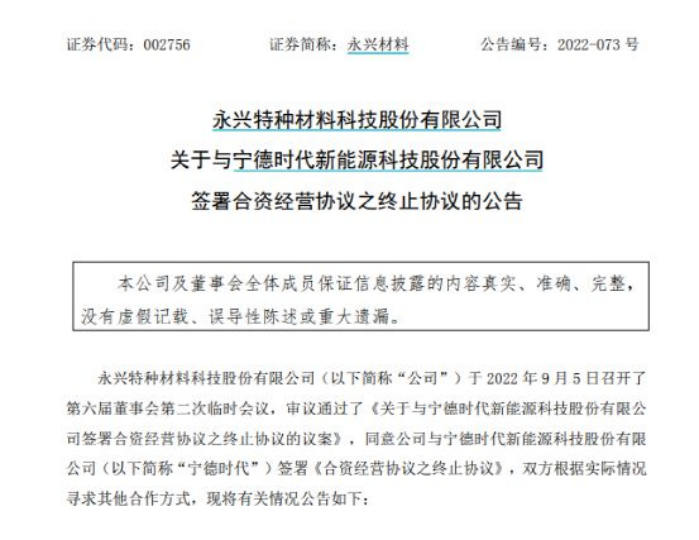 In January 2022, Yongxing Materials announced that it signed a “Joint Venture Agreement” with Ningde Times. The two parties will invest in the construction of a lithium carbonate project with the joint venture as the main body. The total investment amount of the project does not exceed 2.5 billion yuan, and the planned construction will produce 50,000 tons of carbonic acid per year. Lithium production capacity project. In addition, Yongxing Materials and CATL will also cooperate on lithium carbonate products.

Since the official announcement of the cooperation between the two parties, it has attracted strong market attention. For more than half a year, investors have continued to inquire about the progress of the cooperation on the interactive platform. Today, the termination of cooperation is indeed surprising.

It is worth noting that, in addition to the cooperation with Longpan Technology, on September 7, news from Honda China’s official WeChat account showed that at present, Honda China, GAC Honda, and Dongfeng Honda signed an agreement on August 31, 2022, At the end of September 2022, a joint power battery procurement company, Zhongrui Trading, will be jointly established. In the future, the new company will centrally purchase the power batteries of CATL to achieve efficiency improvement. 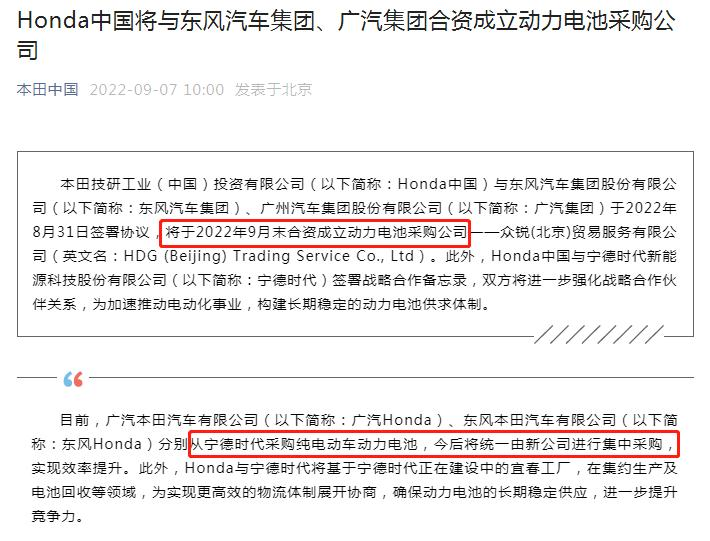 In 2022, the penetration rate of new energy vehicles in China will break out again. As the “heart” of new energy vehicles, the industrial structure of power batteries is accelerating the reconstruction. With the continuous expansion of production capacity and large-scale cost advantages, CATL has rapidly grown into a leading lithium battery company covering the world in just a few years.

In July this year, CATL easily won the first place in domestic power battery companies in terms of vehicle loading with 11.41GWh of vehicles and a market share of 47.19%. With its leading ternary lithium and lithium iron phosphate battery technologies, CATL is the top seller in the power battery market both globally and domestically.

However, the road to hegemony of “Ning Wang” was not smooth sailing. In the face of rising raw material prices in the upstream, accelerated catching up of competitors, and strict control of purchase prices by OEMs, the Ningde era had to accelerate. 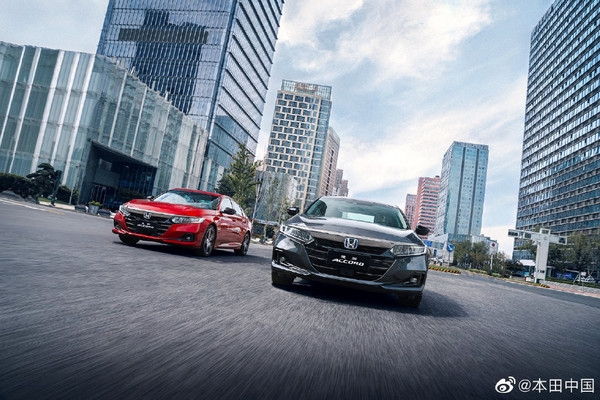 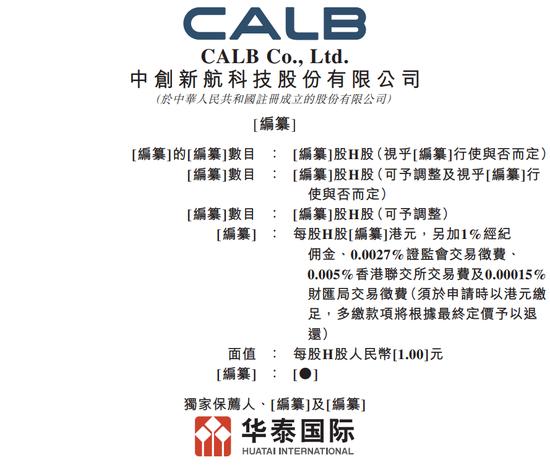 CALB passed the hearing of the Hong Kong Stock Exchange, or will become the first power battery listed company in Hong Kong